Acclaimed Pianist Helena Buckmayer lives in Scotland where she enjoys her career as a performing artist, piano lecturer and adjudicator.

As a young player, she was a prizewinner at various national and international youth competitions including the biggest German competition Jugend Musiziert where she was also awarded a special prize for her accompaniment and the Yamaha Piano Competition. She performed within various music series for young musicians and was fortunate enough to receive numerous accolades, including awards from the German Magazine Hörzu, the Cultural Institute for the Arts in Baden-Württemberg, the City of Ulm, the Johanneson International School of the Arts in Victoria (Canada).

As artistic director she organised a Schumann festival, a Czech Music Fest and Young Chamber Music, projects which were aiming to promote less heard music while also giving performance opportunities for young musicians. These events were generously supported by the German Consulate in Edinburgh, Enterprise Music Scotland, Gideon Klein Foundation in Prague and others.

In recent years, she has been focusing on nurturing young musical talent within a specialised environment and within various music courses training young pianists from all around the world (Britain, Germany, Spain, Bulgaria, China and Dubai). She works primarily at St Mary’s Music School in Edinburgh but also teaches at the Junior Department at the Royal Conservatoire of Scotland in Glasgow. Many of her pupils have moved on to study at top conservatoires and have been prizewinners at national and international competitions. For many years now, she has been an examiner for the Associated Board of the Royal Schools of Music, London.

Helena’s main focus in her piano teaching is to eradicate unwanted tension by developing an awareness from an early age, to enable every pupil to play in an effortless, pain-free way by combining clearly thought-out physical movements with musical expressions and hence allowing uncompromised artistic involvement.

Her research and work in this specialised area led her to many outstanding pedagogues including Edna Golandsky in New York.

Throughout her life, Helena has been privileged to have been taught by some of the finest teachers who shaped her musical thinking and playing profoundly such as Béla Síki (Seattle) who was Dinu Lipatti's assistant, Fernande Kaeser (Stuttgart) who was also a Lipatti pupil and a protégé by Clara Haskil, Bernard Roberts (RCM, London) and György Sebök (Bloomington, USA).

A wonderful summer course at the RCS working with talented children from China. 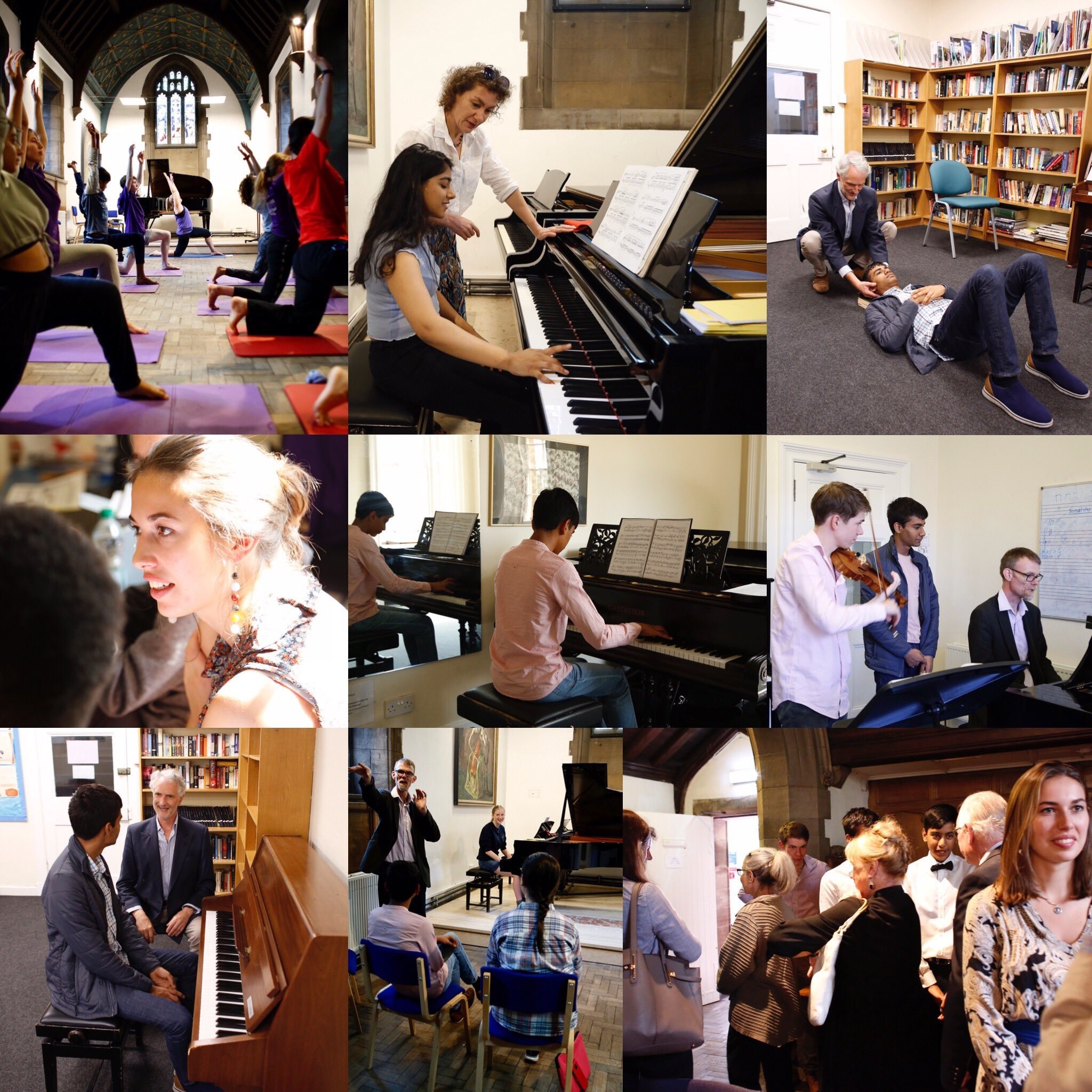 A wonderful week in August: Our first piano summer course at St Mary Music School with participants from all over Scotland and Dubai. See here for more.